“WSS EFFECT” ROUND TABLE: DO WE NEED FOOD WASTE PREVENTION LAW? – YES, WE DO!

On October 19, 2018, presentation and a round table were organised at the EU Info Centre in Skopje. Main objective of the event was to publicize the results from the legal analysis concerning food safety and food waste as well as to facilitate an open debate regarding whether the country needs to establish new food waste prevention law and/or a change of existing laws to prevent food waste and stimulate surplus food donations and redistribution. Representatives of all relevant stakeholders – Parliament, Ministry of Labor and Social Welfare, Food and Veterinary Agency (FVA), the business community, civil society sector and media have gathered to discuss the possibility to establish better legal framework to support the existing non-profits and networks working to alleviate food poverty by redistributing surplus food to the people in need.

Mr Firus Memet, deputy director of FVA, for example, referring to the existing foodbanking system, spoke mostly about ensuring that all procedures and standards for food safety are in place even in cases of redistribution of donated (surplus) food. Further, as representative of FVA he expressed his concerns about the possibility of FVA being appointed as responsible body for monitoring of these type of redistribution networks and organisations. Ms Vivre Vimpari, head of operations at the Delegation of the European Union in Skopje, while discussing the devastating figures about food waste and food  poverty in Europe highlighted that, food waste and food poverty are an European issue and that, EU and all member states are deeply concerned and actively involved in the process of finding a suitable solution to both. Mr Ismail Erdil, director of Jahya Kemal collage in Skopje, on the other hand, inspired by Jahya Kemal’s collaboration with WSS Effect and Food Bank MK team spoke mostly about education of children and young people as one of core measures to spread the message and change behavior of the general public. In that same direction, Mr Abdusamed Shabani, director of Public Company “Communal Hygiene” – Skopje focused his speech on the possibility for a joint educational and informative action with WSS Effect and Food Bank MK for the purpose of ensuring that, the huge amount of good and edible food which is wasted in Skopje only, to be “saved” and redistributed to the people in need.

The second part of the event was dedicated entirely on some of the most relevant and applicable examples of food waste regulations and practices. Ms Angela Frigo, secretary general of the European Food Banks Federation (FEBA), discussed the impact of all European Food Banks, as well as the activity of the EU Working group on food loss and waste. During her speech, she gave an example of the impact which the Italian food waste law had on their work in Italy. She mentioned that due to the Italian food waste prevention law, in one year only, the Italian Food Bank has observed an increase in surplus food donation by 20%. Ms Jasna O. Arangelkovik and Ms Svetlana Crvenkovska, both lawyers from Macedonian Young Lawyers Association, which were contracted to research and analyze relevant national and European regulations and policies with implication on food waste, food safety, donation and redistribution of surplus food, have expressed their professional opinion that, legislators and relevant actors must take action to define, firstly, what surplus food is, who are non-profit food operators which redistribute donated surplus food, who are final benefices or end-users of surplus food and etc. The Bulgarian law on food, including other similar laws and practices such as French, UK’s were presented also as good base to continue the discussion. Others, non-profits representatives, representatives of the Parliament, Ministry of Labor and Social Welfare, including food tech experts also gave their valuable contribution to the discussion.

The event followed after a vigorous anti-food waste campaign and action in the country, region and Europe. The event was organised within the frames of WSS Effect project funded by European Union. It was made possible thanks to the generous contribution of EU and PAKOMAK Skopje. 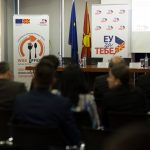 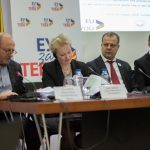 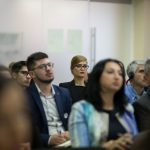 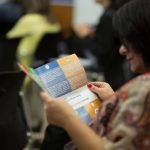 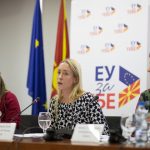 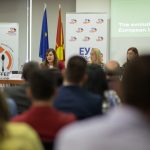 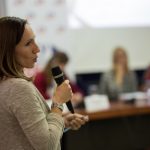 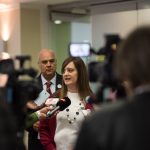