On July 3rd, 2019 WSS Effect – Food Bank MK has organized a Workshop for the 18 organizations which in the following period, starting from July-August 2019 will start with the implementation of the 10 micro actions for enhancement of the food banking on local and/or regional level. During the workshop, WSS Effect team and the representatives of the 18 organizations – beneficiaries and partners in the micro actions have discussed the necessity for proper and enhanced visibility, communication and collaboration with relevant local stakeholders as well as the need to improve the food banking operations on local and regional level.

Apart from the discussion on the aforementioned topics, agreements for funding of the 10 micro actions have been signed between Food Bank MK and the organizations – lead applicants of the winning project ideas:

The 10 lead applicants have been awarded with a grant ranging from 5.000 to less than 10.000 euros.  The total budget for the particular WSS Effect sub-grant is 60.000 euros which was secured through the WSS Effect action under the IPA civil society facility and media programme 2016-2017. The duration of the micro actions will be from 6 to 8 months.

What is expected out of the 10 actions funded?

WSS Effect is a 3-year campaign and action against food waste and food poverty. Since of January 2018, the action is being implemented by Food Bank MK, Organization of Women from Strumica, SIBAHE – Slovenian Food Bank and the European Food Banks Federation (FEBA). WSS Effect is funded by the European Union.

All information, opinions and views shared on this website are responsibility of Association “Food for All – Food Bank Mk” and they do not reflect the official views of the EU on the matter. 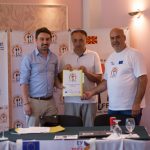 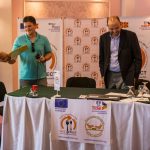 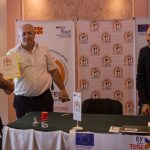 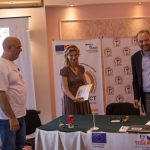 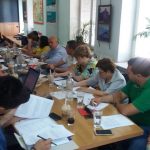 WILL REPUBLIC OF NORTH MACEDONIA BE THE NEXT COUNTRY TO REGULATE THE FOOD WASTE? – WE’RE WORKING ON ITNews